In a hotly contested mayoral race, 55 year old George “Bud” Scholl pulled off a solid victory against his 77 year old opponent, Lewis J. Thaler.  Only 28% percent of registered voters in Sunny Isles Beach turned out to vote. A third candidate who had dropped out of the race still received 10% of the votes cast. Those votes were disqualified.

We congratulate both our new Mayor-Elect George “Bud” Scholl and Commissioner Isaac Aelion on their wins and wish them the very best as they continue to serve the people of Sunny Isles Beach.

Below are election results: 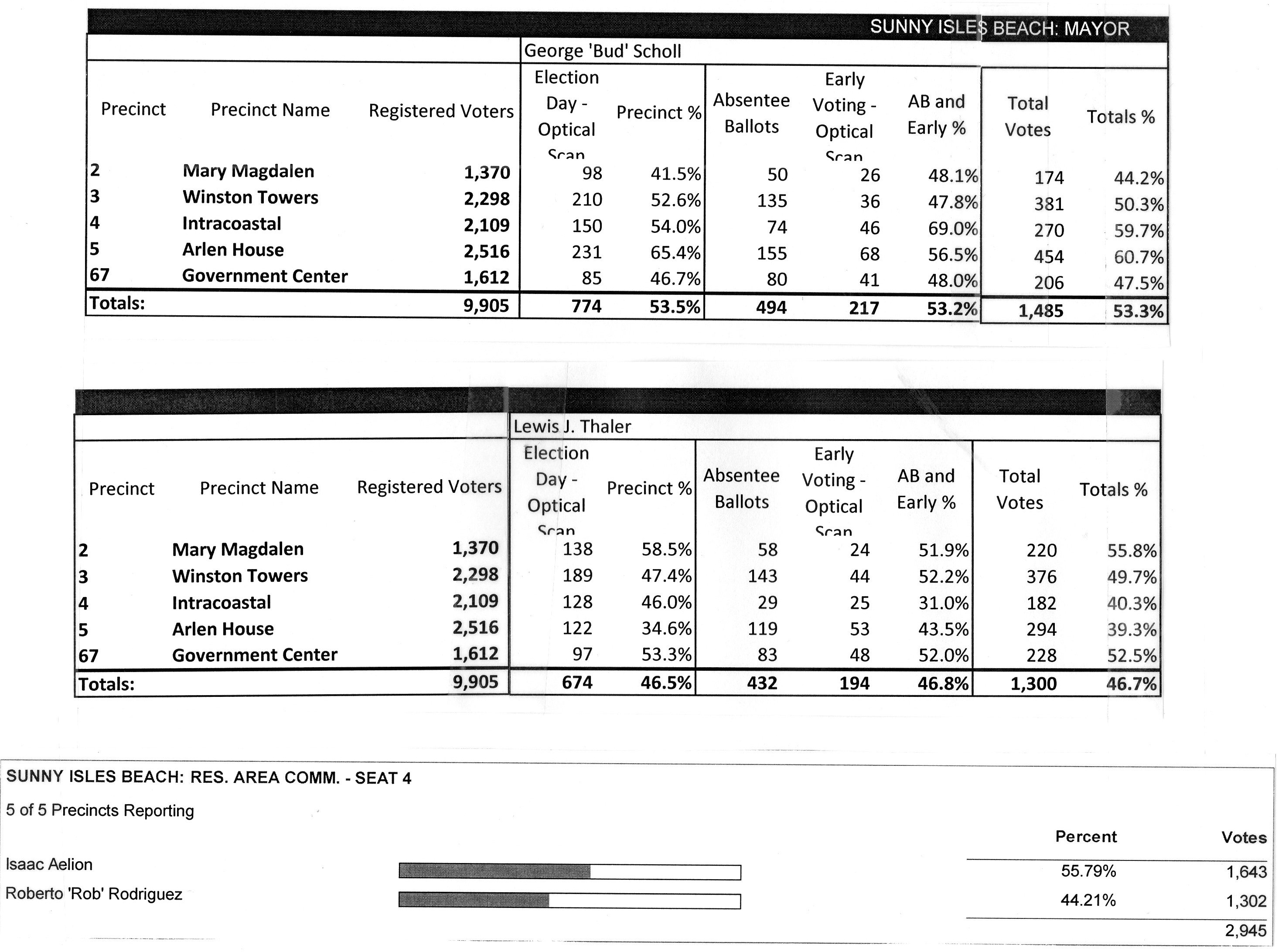