Street Warrior by Ralph Friedman is the highly acclaimed book written by the most decorated detective in NYPD history. Set in the south Bronx of the 1970’s when the area known as Ft. Apache had the highest crime rate in the nation, Friedman worked the Anti-Crime Unit of the 41st Precinct. Only the very best made it to the Anti-Crime Unit and Friedman would prove himself to be more than up to those standards.

Ralph Friedman grew up in the Bronx on the beautiful Grand Concourse in a majestic ten story apartment building, a world away from the crowded tenements of the south Bronx. He came from a close-knit traditional family and it was purely by chance in 1967 at age 18, that Friedman decided to take the police test along with some friends. He wound up scoring in the top 5 percent, setting the wheels in motion for his eventual assignment to the 41st Precinct in the Bronx.

Until the early 1950’s, the south Bronx had been a poor but safe neighborhood of mainly hardworking immigrant families. As these families achieved a measure of financial stability they moved away from the south Bronx to nicer areas. By 1970, the south Bronx had become synonymous with total urban decay. Burning buildings, violent crime, vicious gangs and drugs ruled the streets. Bricks and other missiles were regularly tossed off rooftops directed at cops. This was a time when murder, rape, assaults and robberies were at record highs.

Ralph Friedman began his work in the south Bronx with a deep personal commitment to fighting crime and getting bad guys off the streets. A tall order but one that ideally suited him. Endowed with extraordinary courage, strength, keen instincts and compassion, Friedman faced the most harrowing dangers every day he was on the job. Within five years he was promoted to detective.

The intense reality of each violent incident literally leaps off the pages as Detective Friedman relentlessly confronts deadly shootouts, brutal assaults and undercover busts all in a day’s work. He entered crumbling buildings risking ambush while responding to police calls, he jumped rooftops pursuing criminals and sustained severe injuries fighting for his own life while apprehending some of the most evil characters imaginable. Yet with each confrontation, he remained fearless and invincible. He suffered the devastating loss of his partner in a fatal shooting. In those crime-infested streets, Friedman was even set up to be murdered but saved by an informant who tipped him off. From cover to cover, this amazing book is filled with the most gripping and incredible police stories you will ever read.

Detective Ralph Friedman made over 2,000 arrests during his remarkable career and received more awards than any other detective in NYPD history. His great accomplishments as a dedicated crime fighter earned him legendary stature. Moreover, we will never know the number of innocent lives Ralph Friedman saved by getting so many violent criminals off the streets, but there is no doubt the number is significant. That by itself is one of his most noteworthy achievements. Ralph Friedman is a true hero who faced greater danger and experienced more action throughout his distinguished career than any police movie Hollywood ever made. This outstanding book is a tribute to all our courageous men in blue who risk their lives daily protecting us.

For more information on this book go to: http://a.co/a6BoRfo 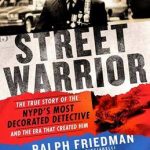 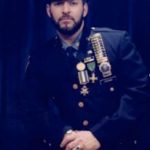 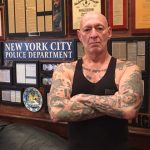