Comments On A Legacy

Tonight we pay homage to a man whose distinguished career has brought to this City an extraordinary police department: Chief Fred Maas is the epitome of what American justice can produce if allowed to function absent interference by self-serving politicians. 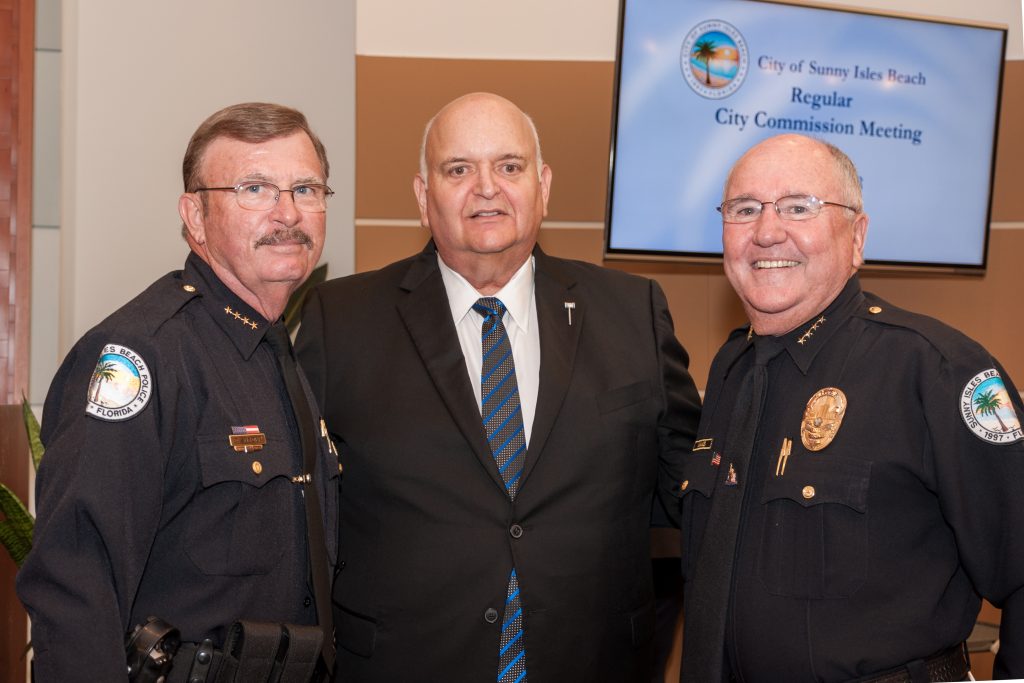 After more than four decades, and many honors by Pope Benedict, the Governor, and police associations, the Chief is now retiring to spend quality time with his wonderful wife and family. As he mentioned to me recently, “If it were up to me, I would go another 5-10 years. But as you know, this is a partnership and she has been waiting for 44 years, many of them long and lonely days until I surfaced.”

I first knew he was a special breed when, after first moving here from New York 11 years ago, I saw him personally directing holiday traffic on a scorching day. During our many private conversations since then, when asked why he did that, he said he would never ask a subordinate to do what he would not. Plus he loved mingling with our townspeople.

The Chief’s favorite activity of appearing at 7am every day no matter the weather to protect our children at school crossings, as well as his covering shifts for his officers when their family circumstances merited, have made him a beloved, unique and sensitive fixture. How many top police brass anywhere else spend their time doing that, and also teaching Sunday school at his church on top of it all? What a special man who constantly gives of himself!

Our Chief Fred is a God-fearing, patriotic, people-loving Peace Officer in the oldest and most traditional sense of that term – elegant, gallant, intelligent and community-minded. And, I’m proud to say, a dear friend for many years.

As I myself near three-score-and-ten years, I’ve been exposed to confidential internal police operations in New York, served for 10 years as a criminal trial judge, and received firearms instruction at the FBI’s Camp Smith. At this stage of my life, it can now be disclosed without repercussion that I undertook covert operations as a CIA contract agent abroad for the United States some 45 years ago. With those experiences and exposure to good and evil, where misjudging character can cost one his life, I can say without equivocation that our Chief Fred is unsurpassed both as a professional law man, and a caring generous human being.

So much so that this police department, because of him, has been recognized by New York  Congressman Lee Zeldin in the Congressional Record, something not many departments have achieved. Lee advised me that he has relayed his positive opinion of our department to President Trump. Overall, I’m so proud of what our Chief has accomplished for himself and our City.

Our incoming Chief Dwight Snyder, has been an excellent Captain and will be a superb successor for someone whose shoes are tough to fill. He recently wrote me, and I quote, “Chief Maas is a once in a lifetime leader who will never be replaced, only followed.” I fully concur.

As we who love traditional America and the brave officers of “the thin blue line” witness this transition, may God bless both these patriots with a long healthy life, safety, and happiness!